Skip to content
Electrochemistry in a battery: a strategic choice

What type of electrochemistry in a battery should be used? 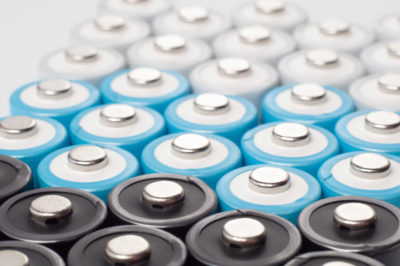 1859, it is the beginning of energy systems, and the creation of the first lead-acid battery by Gaston Plante. Later reused in the automotive industry, lead-acid allowed the technologies of batteries to expand with nickel, then lithium, and now sodium.

Each technology has its own properties and can be used for various applications depending on various factors, such as the power and the desired lifetime, but also the climate, the weight on board, etc…

The history of electrochemistry

Lithium electrochemistry in a battery

In general, lithium is better optimized in terms of energy and power than the historical electrochemical processes mentioned above.

Lithium is revolutionizing electromobility and embedded energy storage, from electric scooters to electric cars or small electronic devices such as mobile phones. Stationary energy storage is also in the development phase as the cost of energy is rising and the widespread use of lithium makes it possible to achieve very competitive prices for the user.

There are many Lithium technologies: NMC, LiPo, LFP, NCA, LMO, LTO, etc. Each one has its advantages and disadvantages. For more information on the different electrochemistry of lithium batteries, please refer to our more detailed article on this subject.

What will the electrochemistry in a battery of tomorrow be?


In short, there are many battery technologies. All of them have advantages and disadvantages, and therefore their preferred fields of application. Electrochemical research is underway to combine lifetime, performance and safety. For the moment, even the most efficient electrochemical systems need to be made safe through the use of a BMS (Battery Management System).

At BMS PowerSafe, we have been striving for 20 years to customize our BMS according to your choice of cell technology and with an emphasis on safety and performance.