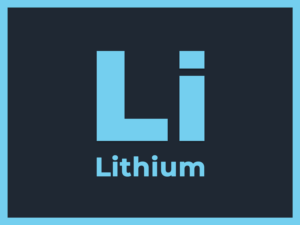 Historically, lead batteries first appeared, then nickel batteries, and in the 1990s, the arrival of lithium batteries, still generically called lithium-ion batteries. These quickly overwhelmed the market, particularly as they are up to 5 times more capacitive than nickel batteries. Nevertheless, there are a multitude of different technologies. Explanations.

Compact and lightweight, the NMC is the most popular in this battery category. Ideal for embedded solutions, its weight/energy and quality/price ratios are excellents. Nevertheless this technology is considered dangerous due to its lack of chemical stability. It therefore needs to be properly supervised and controlled.

This electrochemistry is very powerful in discharge and without memory effect, but its lifetime remains very short compared to its price. It is found a lot in aeromodelism applications and in connected devices.

It is the technology increasingly used today in medical, solar, and stationary applications, especially because it is more stable than NMC or LiPo. Without cobalt or nickel, LFP has a good lifetime, but contains significantly less energy than NMC.

Dense in energy and power, the NCA is more economical than the NMC. Nevertheless, it is almost as sensitive as the NMC and has a certain fragility with regard to abuse, which limits its use. It is widely used in electric mobility or high-power applications, such as golf vehicles for example.

Here cobalt is replaced by manganese, making this technology more sustainable and more economical. Nevertheless, its lifetime is short with an average of 300 to 700 cycles.

The other technologies in the study

New electrochemical technologies have been developing in recent years:

In short, these technologies are light and capacitive, but depending on the chemistry chosen, they can be more or less efficient, sensitive and economical. Hence the importance of choosing the right technology for its application.

At BMS PowerSafe, we capitalize on 20 years of experience in the field. We can personalize the algorithms present in our BMS according to the choice of your electrochemistry. This allows us to guarantee maximum safety and performance for your battery.